A press conference was held on 12 July to present the first images from the James Webb Space Telescope.

Along with a hundred scientists from the Harvard-Smithsonian Center for Astrophysics, I followed the live broadcast from the Phillips Auditorium of the same centre.

We already had the Hubble telescope in space. Now we also have the James Webb.

When you spend $9 billion on a new telescope, you don’t want it to be just a little bit better than the old one.

So why is Webb so much better than Hubble? That was the first question that came to me. My neighbours in the audience answered very nicely.

Those strengths should make it possible to progress in the study of the above-mentioned objectives:

Meanwhile, the first images are spectacular. My neighbours, who would have every reason to be fed up, as they spend their lives studying these pictures, could not contain their “oh” and “ah” when they saw Webb’s pictures.

The loudest exclamations were for the image below. For comparison, I put the same one, taken by Hubble. I don’t have to add anything else. 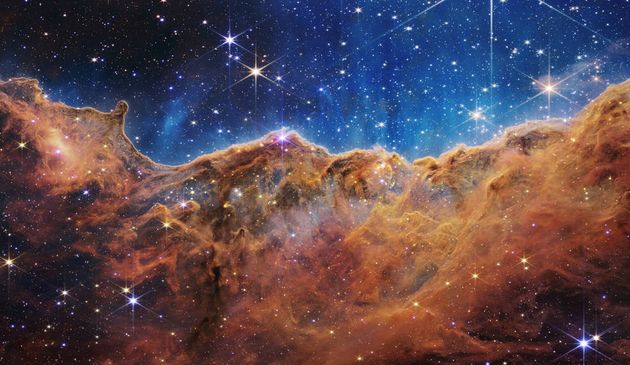 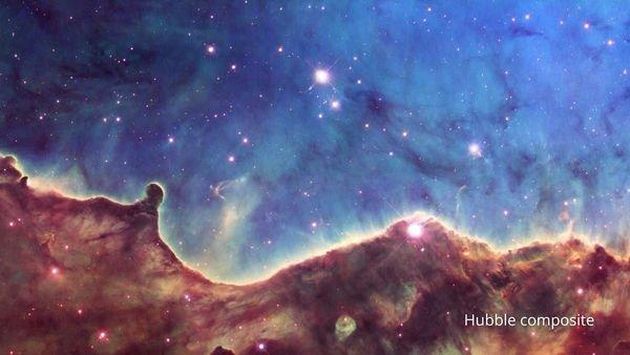 Picture of the Carina Nebula taken by Hubble Telescope. / NASA.

1. If the Earth were a basket ball, Hubble would be 2 cm from its surface. This means that almost half of the sky is permanently hidden from it.