Data shows that non-gaming apps in the app store topped games apps in the US for the very first time and it is surprising, to say the least. This got reported in May 2022 but it didn’t stop there because the revenue for non-games continued topping gaming apps in June 2022. So the total revenue generated in the first quarter of the year was about $3.4 billion as compared to the $3.3 billion of games in the U.S App Store.

This new development was only seen in the U.S App Store but Google Play Store still has games in the top ranks, followed by non-game apps. After May, as per Sensor Tower’s Q2 2022 Data Digest, about 50.3% of the earnings were directly coming from non-games in June in the U.S. If we do the comparison, we find out that games covered one-third of the whole earnings of the U.S App Store about five years ago. The difference is huge and there are a lot of factors that contributed to this. This shift tells how the U.S Apple Store has succeeded to broaden the economy by adding different types of apps to their App Store so that they can generate larger revenues. 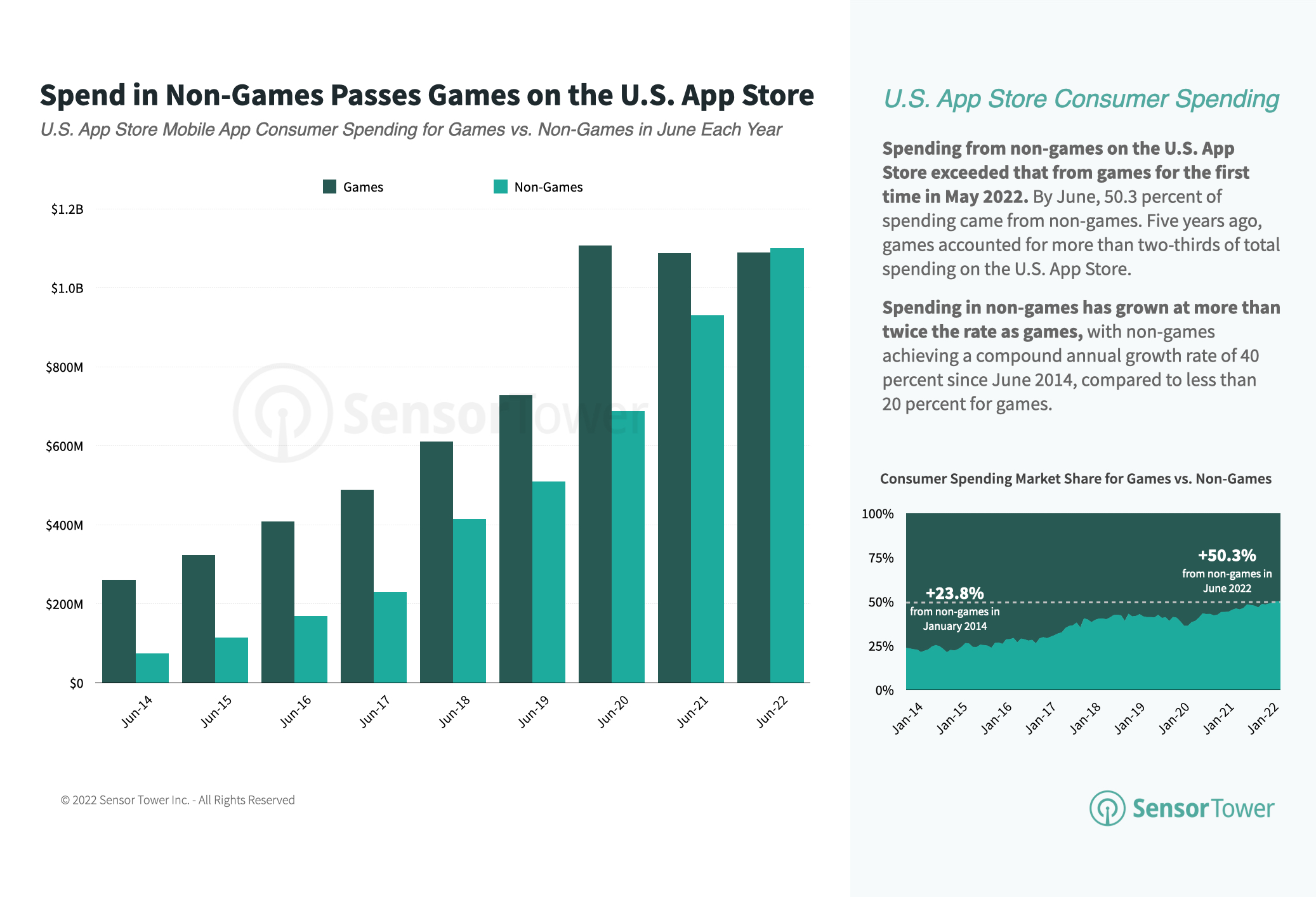 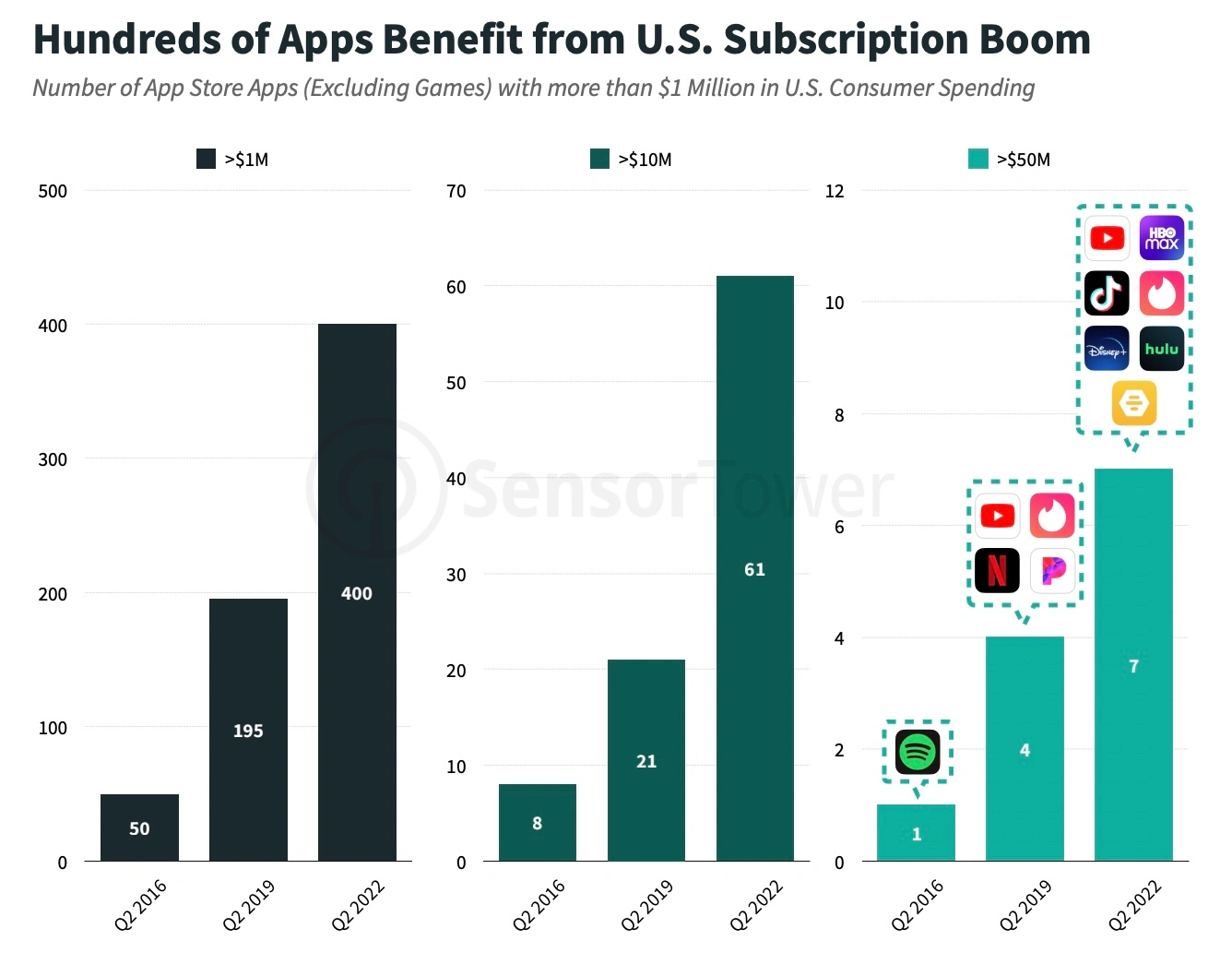 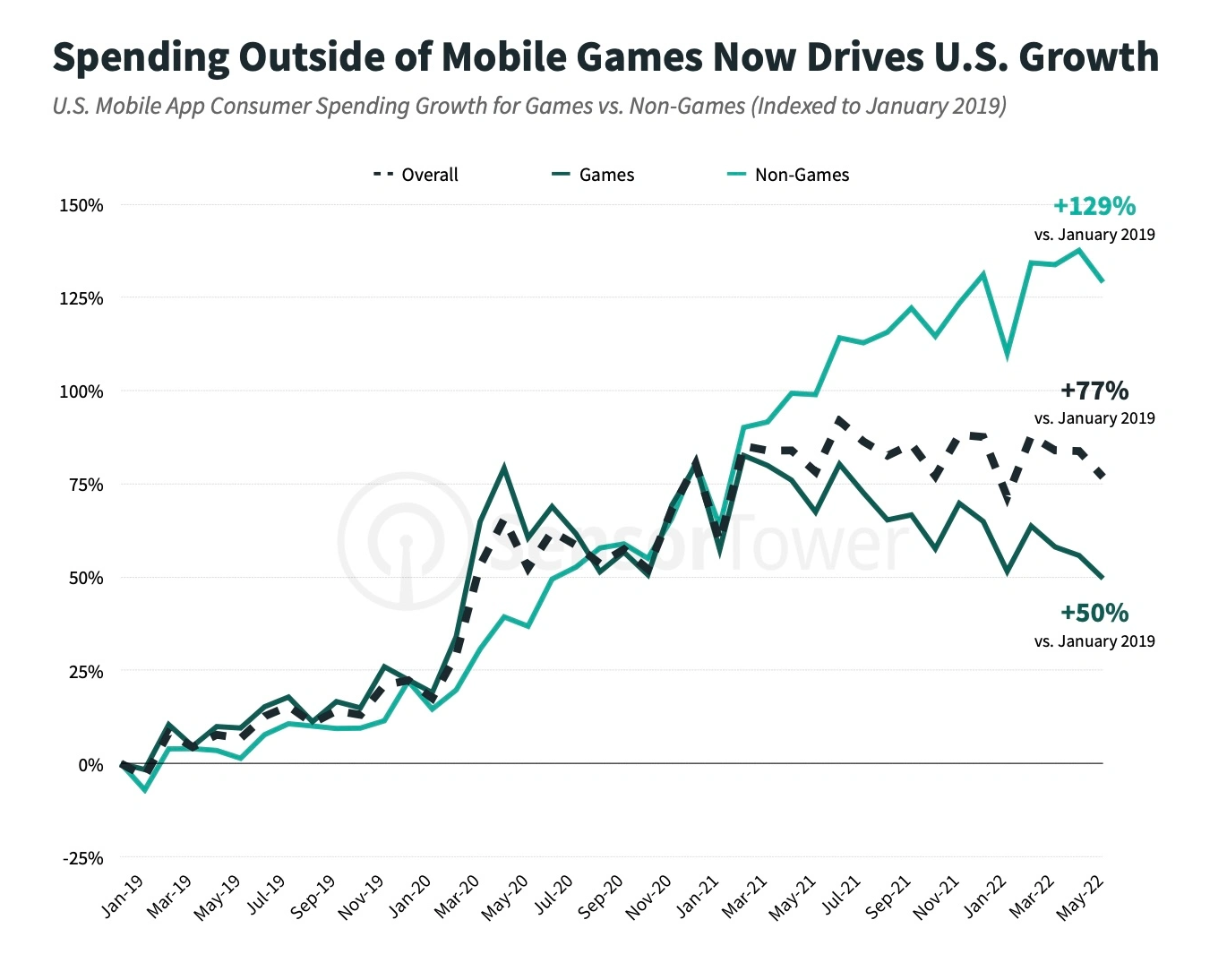 If we talk about the past revenues, in 2019 and 2020 the earnings for games apps were at an all-time high. But after covid, the change could be seen clearly because the non-games app exceeded games with a huge difference. But this still is not good news because as the number of non-games apps has gotten higher, there is still a chance that games will dominate them after the covid surge. Reports are saying that in Q2, games can again take their place and non-game apps will be left behind. But saying anything before the time comes is foolish.

The most downloaded non-game this quarter half of the year was TikTok and it has been in the top 8 times out of ten these past quarters. It brought about 187 million revenues into the market. Then it was followed by Instagram, Facebook, WhatsApp, and Snapchat. The top mobile game downloaded was Subway Surfers and the second highest download game was Garena Free Fire. Subway Surfer got 80 Million downloads while Free Fire got 70 million downloads this half of the year.

Read next: Gen Z is all set to become the educated generation in their pursuit of a happy life