According to their findings, these particles have a pronounced seasonality, with lower concentrations in the winter and spring and higher concentrations during the summer melt of local flora.

The clouds that cover the Earth’s surface and the tiny, airborne aerosols known as ice nucleating particles that initiate the creation of ice in those clouds are important contributors to climate change.

Climate is significantly influenced by this interaction of heat, cloud cover, and ice nucleation. 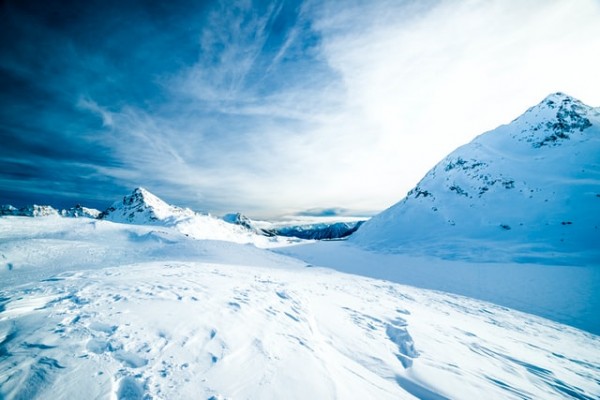 But those crucial ice-forming aerosols, which can be mineral dust, microorganisms, or sea spray, have hardly ever been investigated in the Arctic, where they are most needed because their effects there are little understood, and few scientists travel that far north, as per ScienceDaily.

Scientists from the Colorado State University did, though.

In 2019, a brave group led by atmospheric research scientist Jessie Creamean boarded a ship, sailed north, collected thousands of samples of air, seawater, sea ice, snow, and meltwater, and returned with the tangible proof required to pinpoint the precise patterns of ice nucleation and cloud formation over the Arctic Ocean over time.

As part of the MOSAiC mission, Creamean and his crew set off for the icy Arctic aboard the Polarstern, a German icebreaker.

The CSU researchers wanted to publish previously unreported findings of ice-nucleating particles far from land-based areas that are affected by terrestrial sources of aerosols in the central Arctic.

Scientific research programs with an emphasis on the Arctic were hosted by MOSAiC, a sizable, global expedition.

Also Read: Arctic Tundra to Disappear in 30 Years Due to Climate Change

Climate change in the arctic

The climate of the world is constantly changing across a wide range of time frames due to several variables, as per the Norwegian Polar Institute.

Over millions of years, processes connected to continental drift have impacted atmospheric circulation, ocean currents, and the makeup of the atmosphere.

Over the past 60 million years, global cooling has altered the Arctic’s climate from an ice-free area year-round to one that is entirely covered in ice.

Warm and cold cycles have been produced by variations in solar radiation over many millennia as a result of changes in the earth’s orbit around the sun, resulting in changes that are roughly half as great as those brought on by continental drift.

On a shorter time scale, the current interglacial era (Holocene) has seen brief cooling episodes brought on by volcanic eruptions, negligible fluctuations in solar radiation, and other natural phenomena.

Since 1980, the Arctic has warmed by twice as much as the rest of the planet.

Most of the Arctic’s temperatures have significantly risen in recent decades, especially during the winter.

Over the past 50 years, the winter temperature has risen by around 3° to 4°C in Alaska and western Canada.

Since observations began in 1912 through 2011, the annual average temperature in Longyearbyen has climbed by around 0.25°C each decade, a somewhat higher increase than for the Arctic as a whole over the same period.

According to an analysis of the data and facts, the Arctic had its hottest period ever between 2005 and 2011.


© 2022 NatureWorldNews.com All rights reserved. Do not reproduce without permission.