Did you know that if you right-click on a YouTube video twice, you can pop it out of the basic now playing screen and drag/resize it however you like — at least on macOS?

One of my favourite features of macOS is its built-in picture-in-picture (PiP) support that makes it easy to multi-task and consume content at the same time. This is especially useful with a MacBook where your screen space is limited while on the go. 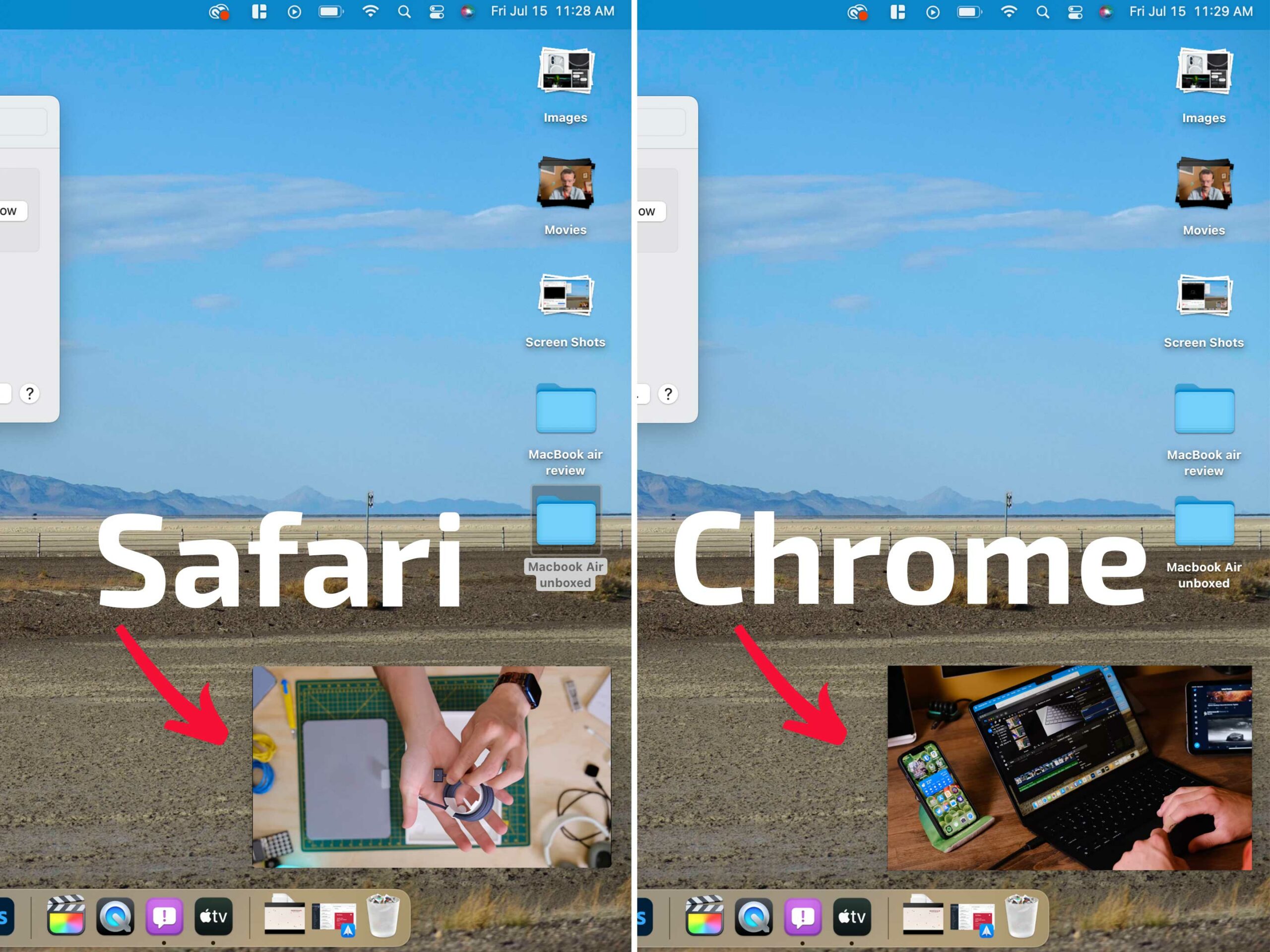 Interestingly, the feature works in both Safari and Google Chrome, but the PiP windows look slightly different in each version. The Safari player features rounded corners and Apple’s iconography, while the Chrome player is a sharp rectangle with smaller play/pause controls. They both offer the same level of control and roughly look the same. I enjoy the Apple version personally since it blends in with the OS a little more.

This feature works in the default Apple TV app as well, allowing you to stream movies, and TV shows or watch local files in a small window. Unfortunately, other popular websites like Twitch and Vimeo don’t support this functionality yet.

That said, YouTube is far more popular than Vimeo, and Twitch does offer its own ‘pop-out player’ hidden in its options menu.

No, Google Stadia isn’t shutting down — but will it survive for long?

M2 MacBook Air vs. M2 MacBook Pro: which should you buy?