Researchers are investigating whether stem cells may grow better in zero gravity conditions than here on Earth. 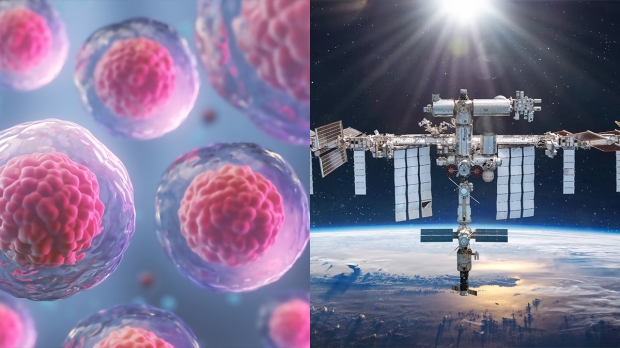 Researcher Dhruv Sareen’s stem cells have made their way to the International Space Station (ISS) on a supply ship sent by the Cedars-Sinai Medical Center in Los Angeles, which is trying to find new ways to mass produce stem cells. The stem cells are induced pluripotent stem cells, meaning they can differentiate themselves into almost any other kind of cell found in the body, and have the potential to treat various diseases.

So far, the Food and Drug Administration (FDA) has only approved blood-forming stem cell treatments for patients with blood disorders like lymphoma, with the stem cells being sourced from umbilical cord blood. The stem cells being sent to space could be used for futuristic therapies to treat conditions like Type 1 diabetes, macular degeneration, Parkinson’s disease, or damage from heart attacks.

“With current technology right now, even if the FDA instantly approved any of these therapies, we don’t have the capacity to manufacture [what’s needed],” said Jeffrey Millman, a biomedical engineering expert at Washington University in St. Louis.

Stem cells are normally grown in large bioreactors on Earth, where they need to be continually stirred to avoid clumping together and sinking to the bottom of the tank. The stress of these conditions causes many cells to die.

“In zero G, there’s no force on the cells, so they can just grow in a different way,” said Clive Svendsen, executive director of Cedars-Sinai’s Regenerative Medicine Institute.

NASA is funding the Cedars-Sinai team’s experiment to grow stem cells in space for four weeks. The team will also run the same experiment simultaneously on Earth before a SpaceX capsule returns the space experiment’s cells to Earth for the team to analyze. According to Svenden, the impact of producing billions of these cells in orbit “could be huge.”