Back in April, Google started rolling out a new ‘Data Safety’ section to app listings on the Play Store. Similar to Apple’s app privacy labels, Google’s Data Safety offers information on what data apps collect, why it collects that data, and more.

Now that the feature is more widely rolled out, some have noticed it replaces the Play Store’s permissions list. As spotted by Esper’s senior technical editor Mishaal Rahman (via Android Police), Data Safety has taken over the permissions spot on app listings.

On the one hand, this change isn’t necessarily a bad thing. The new Data Safety details do include information about the permissions an app needs, and it’s arguably more helpful than before since it shows, for example, that an app needs location data and why it needs location data. However, the permissions info is a tap away from where it used to be. 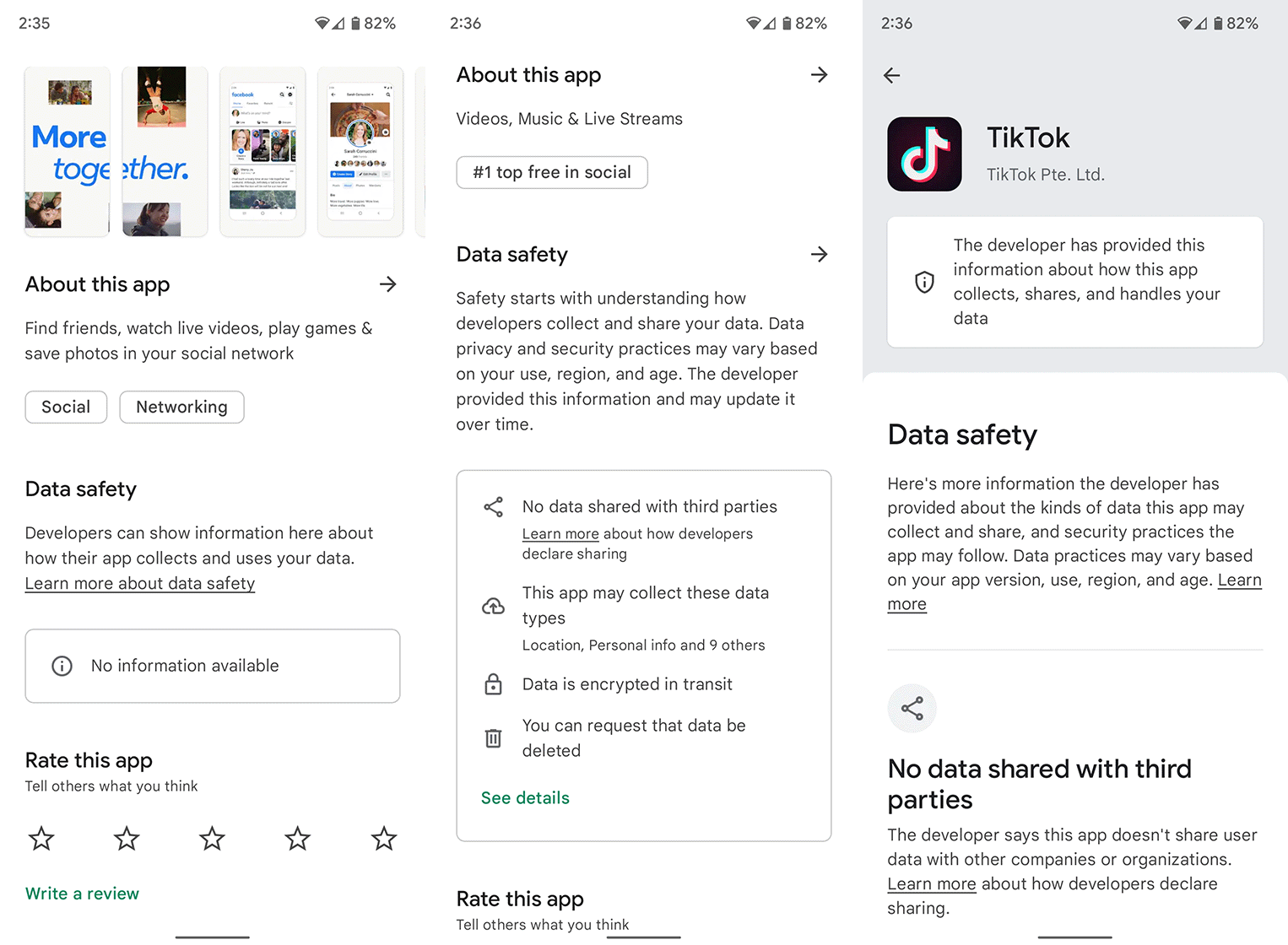 Another frustration: what’s listed in the Data Safety section is up to app developers. Rahman points to Telegram as an example of how this could not work in users’ favour — Telegram effectively provides a list of all the permissions and says it needs access to them for “app functionality.” Cool. Android Police points to the Google Go app as the opposite extreme, listing so much information in the Data Safety section that it’s overwhelming for users.

With the launch of the Data Safety section on Google Play, which will be mandatory for all apps in 1 week, it seems the app permissions list is going away in both the mobile app and the web.

All this is to say, why roll out Data Safety in this incomplete state? The old system would have worked fine until July 20th. All the same, developers will (hopefully) update the Data Safety information by then anyway. However, it’s not clear what — if any — enforcement Google will apply to non-compliant devs. We could end up with a similar situation to the App Store where some developers add misleading info or just don’t add info at all (ahem, Google).

Rahman does note that those who want to see permissions before downloading can still find them in other places. For example, open-source Play Store client Aurora Store still lists app permissions, which indicates Google still stores permission data even if it’s not visible on the Store itself.